Johan has lived in North America and Europe, worked and traveled across the globe, and ascended the ranks to be elected Kearney’s Global Managing Partner and Chairman of the Board in 2012. Kearney is a leading global strategy consulting firm, with revenues over $1.3 billion and a team of almost 4,000 people working in 60 offices in more than 40 countries. Johan is an active publisher and speaker, and is widely quoted in the global media. In addition to many business journals, he has been featured in the Harvard Business Review, The Wall Street Journal, Financial Times, and The Washington Post, among many other publications. Johan is co-author of The Future of Strategy (McGraw-Hill) and Rebuilding the Corporate Genome (John Wiley & Sons).  A native of the Netherlands and long-time resident in Brussels, he is currently locked down with his wife Tanya and family in London.

What does Covid-19 mean for Europe’s economy over the next year?

I think that if the crisis showed anything it’s that we should be humble about predicting the future.  There is so much that we still don’t know, including how we end the lockdown, how we restart the economy and when we’ll have a vaccine. From now on forecasting and strategy development will instead use scenario-thinking and follow a sense of direction and learn and adapt.

But since you insist, a few things seem clear, I think:

What do you think will be the impact on the EU?

Clearly the pandemic has been a boost for nationalism, not only in Europe.  Even though important support measures were agreed, the EU has not done well, particularly not in terms of communications and perception.  As economic pain and debt levels in Southern Europe will further increase, tensions in Brussels will further increase

Europe has been the epicentre of the virus the last month, but I think we will quickly realize that – despite our many complaints – compared to the rest of the world we are the lucky ones, blessed with excellent health systems, proper governance and the means to save the economy.  Most of the world will not be that lucky.  And we have learned that we can only be safe, if we are all safe.

What should the EU and governments be doing to helping our economy?

Now more than ever it’s essential for the EU and the EU governments to work together.

Which businesses will survive and thrive in this crisis?

Most sectors, including travel, aerospace, automotive and hospitality are of course suffering deeply and will take a many years to bounce back.

Many parts of the economy, however, will flourish, including:

I’m grateful my family is healthy and adapting to the new life, but my work-days are blurring and have become an endless string of video calls.  I actually look forward to putting on a suit again and to (some) travel!

The hardest right now is that the future has become so hard to plan.  I always was a big planner which doesn’t make sense anymore, it feels strange. 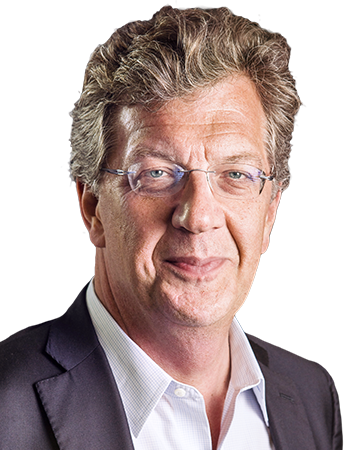